We welcome interested members of the public to join us in our vision to shape the future by validating, honouring and empowering victims of crime.

Our committee meets once a month to oversee the running of the Victim Support Unit and to address ongoing victims issues.

As stated in our Constitution, the objectives of The League include:

1. to protect, foster, aid and assist victims of crime

2. to bring to the attention of the public, media and public bodies  or institutions the need to protect, safe guard and advance the interest of victim to aid
and assist the rehabilitation of victims

3. to work to influence the Government into making changes by introducing new legislation or by amending existing legislation, to bring about justice for victims and the protection of them and their families.

If you have an interest in advancing the rights of victims of crime, contact us to to be apart of our network of supporters.

Dawn Gilbert (now deceased) : Founder of VOCAL Inc NSW
On 8 March, 1988, Dawn and Barry Gilbert’s 19 year old daughter Tracey Lee, was murdered by her ex-boyfriend while she was working at a Woodberry hair salon. Dawn and Barry found that the system’s responses to victims and their families was inadequate, and in November 1989, Dawn called for a public meeting at Beresfield Bowling Club.  600 people attended, including politicians form both major parties, and  discussions took place around inadequate sentencing and the lack of support for victim of crime going through the criminal justice system. Dawn established the Victims of Crime Assistance League Inc NSW and spent many years dedicating her time and energy lobbying for legislative changes and for victims rights.

Geoff Jay: VOCAL’s first President
Following Tracey’s death, Dawn met Geoff Jay when he interviewed her on his radio show. Geoff was prominent in highlighting the downfalls and limitations of the legal system, specifically noting that victims of violent crimes were left with limited support. Geoff was nominated as VOCAL’s first President, and was instrumental in creating the solid advocacy organisation we are today. 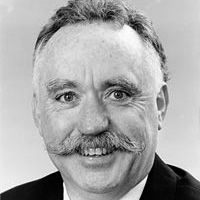 Chief Inspector Paul Baker (now deceased)
Paul Baker became a foundation member of VOCAL because as a serving police officer, he was well aware of the poor service and responses victims of crime received from policing and the criminal Legal System. He was a marvellous friend to Dawn Gilbert and her family following the foreseeable murder of their daughter Tracey and went to the first public meeting in Beresfield that saw the birth of VOCAL.
Paul was clever in walking the fine blue line – being informative about process and law, but careful to never overstep and breach any confidences or Policing rules. He became a much appreciated mentor to many. Paul was made a Life Member for excellence in managing a Charity and a Non Government Organisation.

Robyn arrived at VOCAL as a disenchanted survivor of severe, violent crime who had found the legal systems management of her matter to be absurdly unfair. A former public servant and then business owner, she was instrumental in VOCAL expanding its remit to assist a wider range of crime victims, and the establishment and management of The Victim Support Unit. She became the Chief Executive Officer of the Victim Support Unit and served on the VOCAL Committee for 25 years as an Executive.
Robyn untiringly advocated for positive systemic change, was a competent public speaker and fearless commentator about the complexities and challenges facing crime victims. Robyn retired from her position as CEO in 2017.
Robyn started VOCAL’s Christmas Tree of Angels in 2003, and this annual event is held every year to allow survivors to honour their personal journey of life after crime. 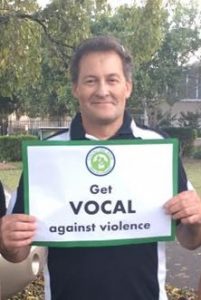 Peter Hill
Peter joined VOCAL in 1995, after his good friend was killed by a drunk driver who was 3 times over the limit, and on drugs. Peter experienced first hand the lengthy legal process and found VOCAL provided the support he needed. Peter has been on our committee ever since, and is an invaluable member of our organisation. Peter was awarded life membership status in 2017.